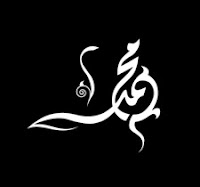 
By now, the reader should know that all of the Prophet’s noble characteristics were direct results of certain causes - such as his strong Faith in Allah, his fear of Allah, and the complete trust he (s.a.w) placed in Allah . In this regard, the characteristic of bravery is no exception. The Prophet Muhammad (s.a.w) was a paragon of bravery because he feared. no one save Allah, because he had Faith in Allah’s Promise to protect him from his enemies, and because he placed his complete trust in Allah.

As such, he was like a great mountain, in that he did not easily shake or tremble, but instead remained firm and steadfast through the most harrowing of situations. His enemy’s threats did not perturb him; life-threatening situations did not frighten him; and the threat of physical harm or even of death did not faze him in the least.

He placed his complete trust in Allah, seeking no one’s help save His help, being confident in His Promise, and being satisfied and happy with His decree. With such wonderful qualities, it is not surprising that he personally fought in battles, placing himself in harm’s way even when few, if any, others were willing to do the same.

(Then fight [O Muhammad] in the Cause of Allah, you are not tasked [i.e., held responsible] except for yourself, and incite the believers [to fight along with you]...) (Qur’an 4: 84)

The Prophet Muhammad (s.a.w) was neither nervous nor frightened during times of battle; instead, he was calm and at peace, for he desired martyrdom at least as much as he desired victory.

As a result of the Prophet’s bravery, he sometimes sustained injuries ~ for instance, during the Battle of Badr, he fractured a bone in his face, and one of his front teeth broke. In a single battle, he lost seventy of his Companions . And yet he never became weak, cowardly, or fearful; instead, he ploughed forward on the battlefield as if he wanted to die.

On the Day of Badr, he not only led his army, but also took part in the fighting during the most intense and dangerous stages of the battle. During the Battle of Khandaq, the Confederate armies were apparently in complete control of the situation, confident that it was only a matter of tirne before they broke the siege? and destroyed the Muslims of Madeenah. As for Muslim soldiers, their hearts reached their throats, so afraid were they; they were shaken and put to trial, with at least some of them being on the verge of hopelessness; meanwhile, the Prophet Muhammad (s.a.w) remained patient, steadfast, and confident of victory. But as confident as he was, he did not forget to invoke Allah for help. He stood up, prayed, supplicated, and invoked his Lord for help, until Allah answered his Prayers and caused his enemies to be defeated, to suffer humiliation, and to retreat in disgrace even, though they greatly outnumbered their Muslim counterparts. The violent wind that Allah  sent to the Confederate armies instilled terror into the hearts of polytheist soldiers, and thus the siege came to an end. And on the night of Badr, the Muslims fell asleep; as for the Prophet Muhammad (s.a.w), he stood up, prayed, and invoked Allah for help.

No one was as brave as was the Prophet Muhammad (s.a.w), who said: “By the One Who has my soul in His Hand, I would love to be killed in the way of Allah, to then be resurrected, and to then be killed (again)